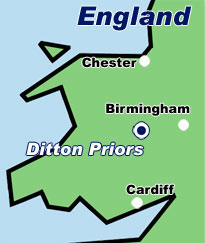 Ditton Priors rally stage is a former army camp next the village of Ditton Priors West of Saffron Walden in Shropshire. The stage can be accessed from an unclassified road running between the B4364 and B4368