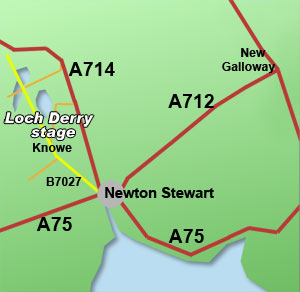 Leave Dumfries on the A75 West. The easiest route is to stay on the A75 to Newton Stewart. You can also take the twisty A712 to the same place. At Newton Stewart take the A714 North (Girvan road).Out of Newton Stewart Take the B7027 NW to Knowe. Parking is usually off the B7027 or on the unclassified road to the East of Loch Ochiltree.

Location and routes are a guide only. Check before travelling. 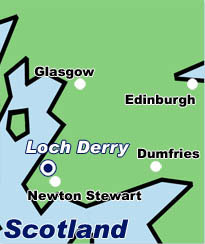